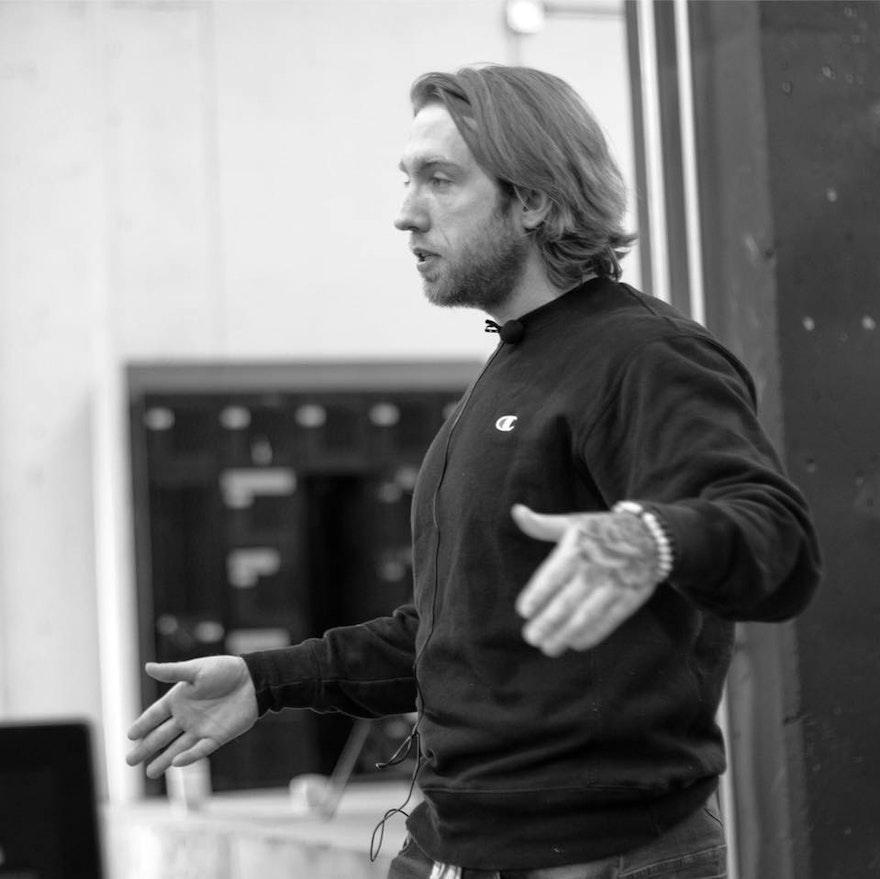 Hello! Who are you and what do you do?

Yo! My name is Nick Sorrell. I'm 31 years old and I live in Louisville (KY). I work as a strategy consultant. Said differently: I help online entrepreneurs ignore the noise and find clarity (both creatively and professionally). Said simply: I help people with ALL the ideas find THE idea.

What's your backstory and how did you end up in your current position?

For me, backstories are always difficult because you never know where to begin, where to end, and what to gloss over without leaving out anything important. But if I were to give a brief overview: I grew up the stereotypical "gifted" kid without much of a work ethic (and little reason to develop one). I was the type to win academic achievements while simultaneously flunking out of classes. I was the type to win athletic achievements while simultaneously being 100 pounds overweight. I was gifted, and I was likable, so people (coaches, teachers, etc) let me get away with a lot. But after graduation, like most kids in this situation, the "real world" hit me like a ton of bricks. I quickly realized no one cared how gifted you were or what you "could do." They cared only what you DID do.And as someone "good" at so many things, I struggled a lot finding *my* thing. Although, when I say struggle, a lot of what I've done would look like success to many — — Over the following 10ish years I lost 100 pounds, worked with dozens of professional athletes/olympians, coached 100s (if not 1000s) of gen-population achieve their fat loss goals, consulted with one fortune 500 company, and have worked as a strategist for more six figure earners than I can count. And while that sounds like a humble-brag (hell, it probably is) much of that time was spent torturing myself over the many things I could do, and wondering what I actually wanted to do. That lasted until recently, when I realized my thing was helping people just like me; those who are good at so many things, those who spend so much energy building out these dreams in their head, but can't seem to build the shit in real life. I help people find (and improve) the idea worth pursuing, ignore the ideas best left by the wayside, remove the friction keeping them from moving forward. Said differently: I help people do the thing I spent a decade struggling to do myself.

What were your first few months like in the fitness industry?

Ironically, my first few months in the fitness industry were a dream (for me). My first "oh shit, this is what I want to do" moment came at 3am in my University (the University of Louisville) dorm room. I had just read a Sports Illustrated article about the Oregon Football Team and their Strength & Conditioning program. Until that point, I had never realized there was a professional avenue that combined two of my passions (athletics and fitness). So right that moment, at 3am in a grimy dorm room, I got online and started scouring the web for the email address of my University's Director of S&C for Football. I quickly found it. And, being too naive to understand how bizarre this was, sent him an email asking for an opportunity. Less than a month later, I had my first job in the fitness industry—working in a program I grew up idolizing and assisting many young men (most of whom were my age or older) who would later go on to be NFL draft picks. This was an opportunity that was incredibly lucky and I didn't deserve. But it also taught me just how powerful asking for a chance could be. That was a lesson that has been instrumental in my career many times. Life-changing.

What has the journey been getting from those first few months to where you are today?

Bumpy, to say the least. Like many reading this, probably, my journey consisted of a lot of trying many things out. At the time, many of those moments felt like failures, but along the way I think I learned something at each stop. My time spent as a personal trainer taught me how important being able to communicate (especially with the general population) was. Prior to this, I thought expertise was the end-all-be-all. Turns out, being a human that can connect with humans was. Another stop, working as the Director of Nutrition at a local (luxury) boutique studio gym, had me doing in-person nutritional seminars throughout my city. And while our program was purely online, this taught me how important, beneficial, and overlooked in-person contact/connection can be. Later, I worked as a contracted coach for another company, which resulted in me consistently carrying a client-roster of 100+ and this taught me (or better said: forced me to learn) the importance of systems. And my first foray into consulting with other fitness professionals came via a firm that did everything from copywriting to marketing to systems to admin work. This firm was wildly successful, eventually crumbled when the founder abruptly pulled out due to burnout. And this, quite roughly, taught me that "being everything for everyone" very often is either a recipe for disaster OR a fast track to being nothing to no one. That's been my journey since those first few months — hard lesson after hard lesson, earned and learned via consistently taking shots on goal.

What’s been the hardest moment/biggest challenge of your career so far?

I've been long-winded up until this point so I'll answer this by referring back to what I alluded to earlier: My biggest struggle was the very thing I help people with now. Being good at a lot of things, having a lot of good ideas, is a very sexy illusion that typically results in you doing nothing at all. I waffled for years, falling in love with every "good idea" that floated through my head. And the biggest tragedy of people like that—people like me—is that the very act of having "ideas" draws from the same gas tank that fuels you acting on those ideas. I often wondered if I was just lazy. But I wasn't. I was simply someone who spent all his time building businesses and companies and products in his head. I had to learn how to funnel that energy into that real world.

My biggest win was more of a lightbulb moment: One day you're going to look back and realize you either, successfully or not, built something or didn't. And how you act right now is going to directly dictate how you feel in that moment.

How and what are you doing today and what does the future look like?

Full transparency, right now my current focus is on distribution; getting eyeballs on my work but also figuring out how to create things that deserve eyeballs. At the end of the day, most of this is simply an attention game. I'm working on acquisition of attention and output that is worthy of it. After that, in the future, the focus will shift towards the skill of making the most of that attention in a way that serves them best. It's really that simple for me, right now.

What does a day in the life of you look like?

Lmao I always wish I had a cool and elegant answer to questions like this. Mornings spent of freshly pressed coffee and audiobooks on 2x speed. But, in reality, my days are a combination of "minimum viable actions" (think: things I have to do, at the bare minimum, to have a successful day) but with enough freedom to run with any creative inspiration that catches me midday. I also have a young puppy (who I am so in love with) so I pick up a lot of poop and take a lot of walks too.

Advice for people who are considering or have just started in the industry?

I'll answer that by first sharing a little factoid (courtesy of Wait But Why's Tim Urban): Did you know that reading for 30 minutes a day (on average, roughly speaking) results in you having read 1000 books over the course of 50 years? I didn't. But when he said it, I realized two things: 1) Consistency is so fucking powerful and there is something about human psychology that limits our ability to understand how "just a little" adds up to an awful fucking lot overtime. 2) We also tend to over-estimate how much output we need to have to achieve our goals. In this case, you don't need to read for hours a day or a book a week. In this case, 30 mins results in a metric fuck ton. I'd apply that same logic to the question at hand. If you show up consistently, and keep doing it day after day, you will do massive fucking things in your career. That's how this shit works. Not this epic stories of burnout and overreaching, but by simply showing up. That's the edge outliers have that most people don't. That's it.

What have been the key moments in your career so far what was the impact of those moments?

At this point I think I've spoken enough about myself and my story, so I don't have much interest in sharing any more specific stories. But I will say: there have been many moments throughout my career, where I made the choice to be myself (in my work, networking, whatever) and every single time I was rewarded for doing as much. "Be yourself" is such a tired, worn-out cliche that every quack and taint at every shitty self-improvement rants on and on about. That's not lost on me. But even a broken clock is right twice a day, and those quack-taints got this one right. Have the courage to be yourself. People like that shit.

Where can people find you?

Ready to get started?